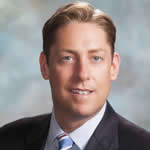 New York Criminal Defense Lawyer H Dana VanHee represents individuals and businesses in connection with investigations and prosecutions brought by federal and state authorities, including those who have been arrested and those who are targets or subjects of a criminal investigation.

If you or someone close to you has been or may be charged with a criminal offense, whether a misdemeanor or a felony, call the Law Office of H Dana VanHee, PLLC as soon as possible for a free consultation (1-315-422-5655).

If you are facing state or federal criminal charges in New York, you need an aggressive criminal defense lawyer to protect your rights. If you are serious about your defense against a potential criminal prosecution or conviction, contact the Law Office of H Dana VanHee, PLLC for sound advice and skilled representation with a New York lawyer specializing in criminal defense.

Based in Syracuse, New York, I handle a wide range of criminal law matters on behalf of adults and juveniles. I represent clients throughout New York including Syracuse and the northernmost areas of New York, at the state and federal level. I handle a variety of criminal charges, including:
Drug Charges
Violent Crimes
Juvenile Crimes
Illegal entry into the U.S. and other immigration crimes
Sex Crimes
DWI, BWI + Vehicular Assault Crimes
Traffic Violations


I pursue all avenues to achieve your goals. Whether your case can be resolved quickly or you make the decision to take your case to trial, I will vigorously defend you in a court of law.
State and Federal Crimes Defense

To schedule a free consultation to discuss your criminal defense matter, call my office in Syracuse, New York, at (315) 396-2728 or email dana@vanheelaw.com.

The Law Office of H Dana VanHee, PLLC is an independent law office and is not affiliated with any other attorney or law firm. 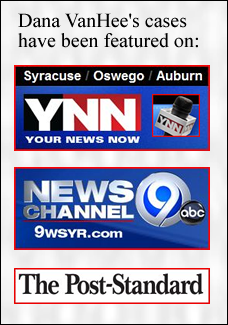 Cases in the News:

"Many of Mr. VanHee's cases have received media attention. Due to client considerations, some of these items have been removed from the website. Please contact Attorney VanHee if you would like to learn more about his cases in the news."